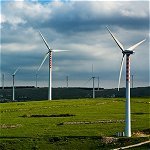 The U.S. Department of Energy (DOE) has set the ambitious goal of generating 20 percent of the nation’s electrical power from the wind by 2030. This project aims to build a community of researchers—a team of universities, national laboratories, and industrial partners—that will collectively present a proposal to the DOE to launch a long-term research program in wind energy. Cornell researchers will host a workshop to organize key university partners to join Cornell in promoting a new wind-power research program. A DOE-sponsored, cooperative research effort has the potential to overcome existing technological and environmental barriers to wind energy, allowing the nation to rise to the goal of “20 percent by 2030.”