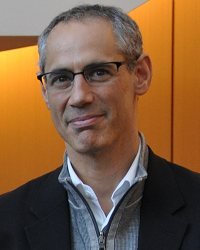 Dan Goldman has over 25 years of energy industry operational and investment experience, having been involved in over $4 billion of energy infrastructure and venture finance transactions. In Nov, 2017 he co-founded Clean Energy Ventures (CEV), the manager of a $100M early stage, advanced energy-focused investment fund. CEV follows on from Mr. Goldman’s founding in 2005 of Clean Energy Venture Group (CEVG), one of the most active early-stage clean energy investors with 32 portfolio investments over the past decade. Prior to CEV, from 2006-16, he was president and CFO of GreatPoint Energy, a clean energy gasification company commercializing its technology in China having raised over $280M from investors such as Kleiner Perkins, Khosla Ventures, Citi, Dow Chemical and Wanxiang.

Previously, Mr. Goldman was a founding partner at New Energy Capital, one of the first clean energy-focused private equity fund. From 1996-2001 he held senior management positions in Hong Kong and Boston at InterGen, a Bechtel-Shell joint venture global energy development company, and from 1989-96 he was a senior member of the energy consulting team based in Cambridge and Singapore at Arthur D. Little, an international management consulting firm.

Mr. Goldman holds advisory and board roles including co-founder and director of Environmental Entrepreneurs; board director or observer at REsurety, SparkMeter, Quidnet Energy, 7AC Technologies and Zagster; and current vice-chair of the board of the Northeast Clean Energy Council. He received a B.S. from Cornell and an M.Sc. from the London School of Economics, and is a member and the past Chairman of the Advisory Council of Cornell’s Atkinson Center for a Sustainable Future. He lives in Newton, MA and is a competitive masters’ road cyclist and world qualifying triathlete.