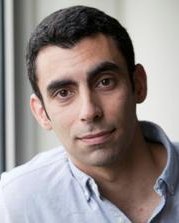 Eilyan Bitar is an associate professor of electrical and computer engineering in the College of Engineering. He serves on the Faculty Advisory Board of the Cornell Atkinson Center for Sustainability. His current research interests include stochastic control and game theory with applications to power and transportation systems. Prior to joining Cornell in the Fall 2012, he was engaged as a Postdoctoral Fellow in the department of Computing + Mathematical Science (CMS) at the California Institute of Technology and at the University of California, Berkeley in Electrical Engineering and Computer Science during the 2011-12 academic year. A native Californian, he received both his Ph.D. (2011) and B.S. (2006) from the University of California, Berkeley.