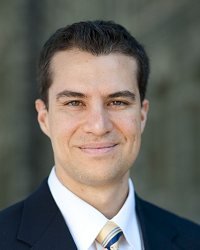 Gustavo Flores-Macías is an associate professor of government and associate vice provost for international affairs. He serves on the Faculty Advisory Board of the Cornell Atkinson Center for Sustainability. His research and teaching interests include a variety of topics related to political and economic development. Currently, his research focuses on two main areas: 1) the politics of economic reform, and 2) taxation and state capacity. While teaching at Harvard, he received the Derek Bok Distinction in Teaching Award in 2008. In 2013, and received the Stephen and Margery Russell Distinguished Teaching Award at Cornell. Flores-Macías received his PhD in political science from Georgetown University and a masters in public policy from Duke University, where he was a Fulbright scholar. Before joining the Government Department he was a fellow at Cornell’s Polson Institute for Global Development between 2008 and 2010. He also has previously served as director of public affairs in Mexico’s Consumer Protection Agency.