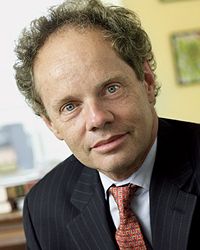 Richard Revesz, the AnBryce Professor of Law and Dean Emeritus at New York University School of Law, is one of the nation’s leading voices in the fields of environmental and regulatory law and policy. He has published ten books and around 80 articles in major law reviews and journals advocating for protective and rational climate change and environmental policies, and examining the institutional contexts in which regulatory policy is made.

In 2008, Revesz founded the Institute for Policy Integrity, a think tank and advocacy organization with a full-time staff of 17, primarily lawyers and Ph.D. economists, that promotes desirable climate change and environmental policies. Working closely with major environmental organizations, Policy Integrity has played an influential role before agencies and courts in ensuring that climate change and environmental damages, particularly those affecting disadvantaged, vulnerable, and marginalized communities, are properly accounted for in regulatory proceedings. Revesz has testified before Congress on some of the most important environmental initiatives of the last decade, including in support of the Clean Power Plan, and has been the counsel of record on roughly 50 amicus briefs, many of them before the U.S. Supreme Court and the U.S. Courts of Appeals, in significant regulatory proceedings. In numerous op-eds, blog posts, and media appearances, he has criticized the manner in which the Trump administration distorted science and economics to justify its deregulatory policies. In the prelude to the 2016 presidential election, Revesz was chosen to co-lead (with former Governor Christine Gregoire of Washington) the Clinton-Kaine transition team at the Environmental Protection Agency.

As dean of NYU Law School from 2002 to 2013, Revesz increased the size of the full-time faculty by more than 30 percent, recruiting 46 new full-time professors and building the leading faculty groups in many significant areas of law. He raised a record-breaking $550 million to support the Law School’s core initiatives and used a significant portion of these resources to enhance the Law School’s commitment to equality and inclusion, and to public interest law. Revesz designed and launched the AnBryce Scholarship Program, which gives full-tuition scholarships and other significant institutional support to students from socio-economically disadvantaged backgrounds who are the first in their families to attend professional school. On the public interest front, Revesz doubled the size of Root-Tilden-Kern Scholarship Program, which is designed for students intending to pursue public interest work; significantly expanded the Loan Repayment Assistance Program, which supports graduates who pursue careers in public service; and increased the number of clinics from 17 to 36, including a new government policy clinic in Washington, DC. He also oversaw an ambitious expansion of the Law School’s campus, opening three new academic buildings—two of which received LEED Platinum and Gold certifications.

Since 2014, Revesz is also the Director of the American Law Institute, the leading independent organization in the United States producing scholarly work to clarify, modernize, and otherwise improve the law. The Institute’s signature publications, including the Restatement of Torts, the Restatement of Contracts, the Uniform Commercial Code, and the Model Penal Code, are enormously influential in the courts and legislatures.

Among other professional activities, Revesz is a fellow of the American Academy of Arts and Sciences, a member of the Council on Foreign Relations, and a senior fellow of the Administrative Conference of the United States, and an honorary fellow of the American College of Environmental Lawyers, the eighth individual accorded this distinction in the organization’s history. He has served as an outside expert on committees of the U.S. Environmental Protection Agency and of the National Academy of Sciences.

Revesz was born in Argentina, learned English as a second language, and immigrated to the United States when he was 17. He graduated summa cum laude from Princeton University, earned a master’s degree in environmental engineering from the Massachusetts Institute of Technology, and received a law degree from Yale Law School, where he was editor-in-chief of the Yale Law Journal. Following clerkships with Chief Judge Wilfred Feinberg of the U.S. Court of Appeals for the Second Circuit and Justice Thurgood Marshall of the U.S. Supreme Court, Revesz joined the NYU Law School faculty in 1985. He has been a visiting professor at Princeton’s Woodrow Wilson School of Public and International Affairs, Harvard Law School, Yale Law School, and the Graduate Institute for International Studies in Geneva, Switzerland.