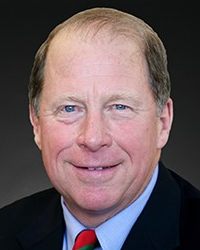 Thomas F. Judson, Jr. began his career in construction working as a laborer and carpenter apprentice during school summer breaks for John B. Pike & Son, Inc., a general contracting company founded by his great-grandfather in 1873.  Having worked his way through the ranks, Tom became President of the company in 1975. In 1985, he established The Pike Company, Inc., one of New York State’s most respected and successful construction firms. He currently serves as the Chairman of The Pike Companies, LTD.

Highly active in the community as well as the construction industry, Tom currently serves on the following:

An alumnus of Yale University (B.S.) and Cornell University (M.B.A.), Tom has remained committed to the community.  In recognition of his business achievements and his contributions to the community, Tom was honored with the 2000 Civic Award for Commerce and Industry from the Greater Rochester Metro Chamber of Commerce and the Rochester Business Journal’s inaugural Fifty Over 50 award in 2003, and was inducted into the Rochester Business Hall of Fame in 2009.

Tom lives in Victor, New York with his wife, Ebets. He enjoys spending time with his children and grandchildren.