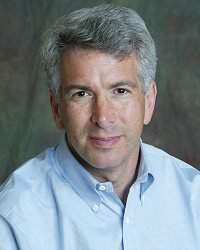 Fred Krupp is the president of Environmental Defense Fund, a nonprofit environmental advocacy group. Prior to joining Environmental Defense Fund, Krupp spent several years in private law practice in New Haven, Connecticut, at Cooper, Whitney, Cochran & Krupp and Albis & Krupp. During that time, he was founder and general counsel for the Connecticut Fund for the Environment, a leading state environmental group. Krupp has written a book with journalist Miriam Horn, called Earth: The Sequel. It highlights innovators and the technology they are creating to fight global warming.

Since he became president of Environmental Defense Fund, Krupp has been influential in developing many innovative market-based solutions, including the acid rain reduction plan in the 1990 Clean Air Act and the U.S. proposal to achieve least-cost greenhouse gas reductions in the Kyoto Protocol. He serves on the board of the H. John Heinz III Center for Science, Economics and the Environment, the John F. Kennedy School of Government Environment Council, and the Leadership Council of the Yale School of Forestry and Environmental Studies. He also served on the President’s Advisory Committee on Trade Policy and Negotiations during two presidential administrations. He received the 1999 Keystone Leadership in Environment Award and the 2002 Champion Award from the Women’s Council on Energy and the Environment.

Krupp is a graduate of Yale University, with a law degree from the University of Michigan, and has taught environmental law at both schools.