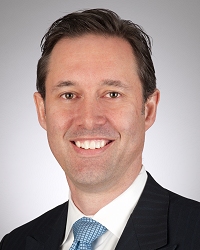 The Cadmus Group, President and CEO

Ian Kline serves as president and CEO of The Cadmus Group (Cadmus), a strategic and technical consultancy serving clients in the areas of energy, the natural and built environments, transportation, climate change, security and resilience, and international development. Cadmus’ more than 500 consultants serve government, commercial, and nongovernmental organizations around the world.

Under Ian’s leadership, the firm has experienced significant growth organically and through acquisition and has diversified its capabilities. Ian has also led the firm’s geographic expansion from an east coast-based consultancy with offices in Boston and Washington, DC, to a firm with multiple offices serving clients across the U.S, Germany, and Korea.

Ian joined Cadmus in 1995 as an associate. He was named president in 2005 and CEO in 2007. He has an extensive background in performing regulatory and policy analyses for many public, private, and non‐profit organizations and he played a leading role in developing and implementing major public health and environmental protection programs at the national and state levels. He has also served as a senior technical advisor on the firm’s work in the areas of climate change and sustainability.

Ian participates on the Global Adaptation and Resilience Investment Working Group (GARI), a private sector working group focused on climate adaptation and resilience in conjunction with the UN Secretary General’s Climate Resilience Initiative. He serves on the Advisory Council of the Atkinson Center for a Sustainable Future at Cornell University and the Advisory Board of the Center for Sustainable Global Enterprise at Cornell University’s Johnson Graduate School of Management. He also serves on the Board of DC SCORES, an organization that uses soccer, poetry, and service-learning to give kids the confidence and skills to succeed on the playing field, in the classroom, and in life. Ian is Chairman of the Board of The Nature Generation, a nonprofit organization that works to inspire environmental stewardship in children and young adults through literature and learning.

Ian holds an M.P.P. in environmental policy and management from the University of Southern California and an A.B. from Cornell University. He also is a graduate of Harvard Business School’s comprehensive executive leadership program.