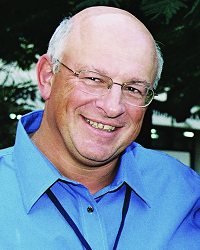 Yossie Hollander was a founder, and from 1983 to 1994, served as the chief executive officer, of New Dimension Software, an enterprise system and management software. A serial entrepreneur, Hollander sold his software company to BMC Software in 1999 for $650 million and decided to devote his time to philanthropy, focusing on energy, Holocaust education and remembrance, economic policy, and basic research. He is the director of Jaceda and has been on the board of directors since 1990, serving as chairman from 1995 to 2007.

Hollander is a member of the management committee of the Weizmann Institute of Science, where he helped start a renewed energy initiative. He is a founding director of Our Energy Policy Foundation, a nonprofit that seeks to forge a dialogue of experts on energy policy. Hollander is a member of the Board of Councilors of the University of Southern California Shoah Foundation Institute.